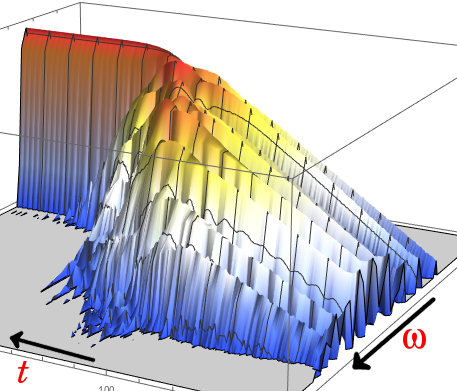 Spectrogram showing the growth and decay of individual quasinormal modes during superradiant instability of RNAdS.

If a black hole has charge or angular momentum, then it is possible to extract mass from the black hole via superradiant scattering: if a suitably tuned wave falls into the black hole, it is amplified rather than absorbed. This always increases the black hole area, even though mass may be lost.

Suppose this entire process were confined in a region surrounded by a mirror. Then after the wave is amplified by superradiant scattering, it propagates out to the mirror, and is reflected back to the black hole to be scattered again—and amplified again. This process repeats, with the amplitude of the wave growing exponentially, in a process known as the superradiant instability or black hole bomb. Ultimately nonlinear effects will take over and the black hole may lose sufficient charge or angular momentum for superradiance to cease, but in general the end point of the instability is unknown.

The end point of the instability is an important question for general relativity: if the black hole is destroyed in the process this could represent a violation of cosmic censorship. Astrophysically, the superradiant instability has been proposed as a way to search for ultralight scalar fields, which are potential dark matter candidates. (In this case, the massive field plays the role of confining mirror.)

Anti-de Sitter spacetime provides a naturally reflecting boundary at infinity, and thus a natural setting for studying the superradiant instability: 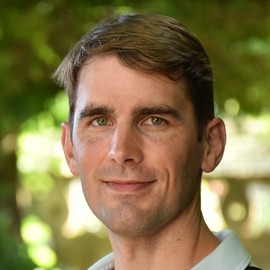